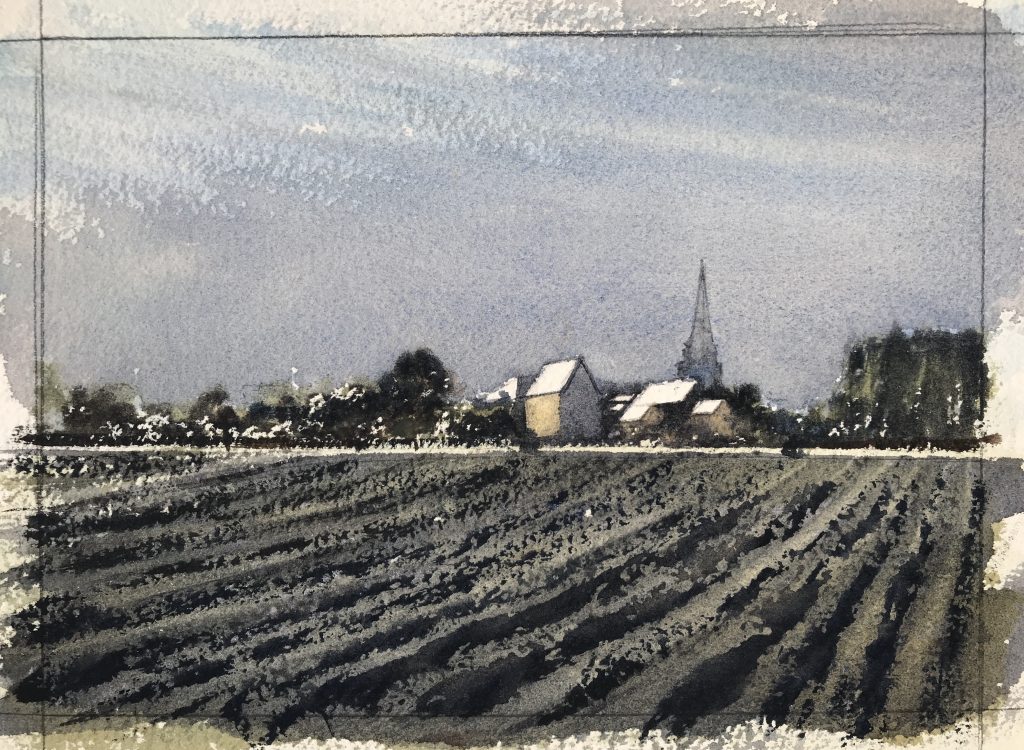 Some may recall that last year I donated three A5 studies to an anonymous art auction in support of the charity Heart Research UK. My donations raised £358.66 which I was really delighted with. Here are the three studies that I submitted last year:

When I was invited to participate again this year, I didn’t hesitate to agree, but that was back towards the beginning of the year! Just as I left to go on holiday I received a gentle reminder that the organisers hoped to have all submissions in by the end of August, at which point I realised I didn’t have anything suitable to donate.

After my frustrations of last week, I took out the ‘just in case’ block of Arches rough watercolour that I’d packed, just in case.

I’ve had it for ages but have always felt it too ‘special’ to fritter away. With the paper in sketchbooks that I’d packed proving far too unpredictable and temperamental – well, the time seemed just right to put this paper to a good use!

I did about ten or twelve studies and have yet to decide which I’ll submit to the anonymous auction, but anticipate choosing about six in the end. The image that heads up this post is one that won’t be making the cut. I’m really hopeful that the selection I end up with will raise more than I did last year.

I’m also hopeful that I’m going to be able to shake off my post-holiday watercolour blues. Despite a relatively productive final week away, I’ve returned home with precious little inspiration or motivation. I’m attributing this in part to the usual post-holiday malaise and still feeling under the weather, but I also have a slight concern that it may run a little more deeply.

I’m going to try to avoid overthinking this and try instead to focus on my next painting. If only I had the foggiest idea what that might be!