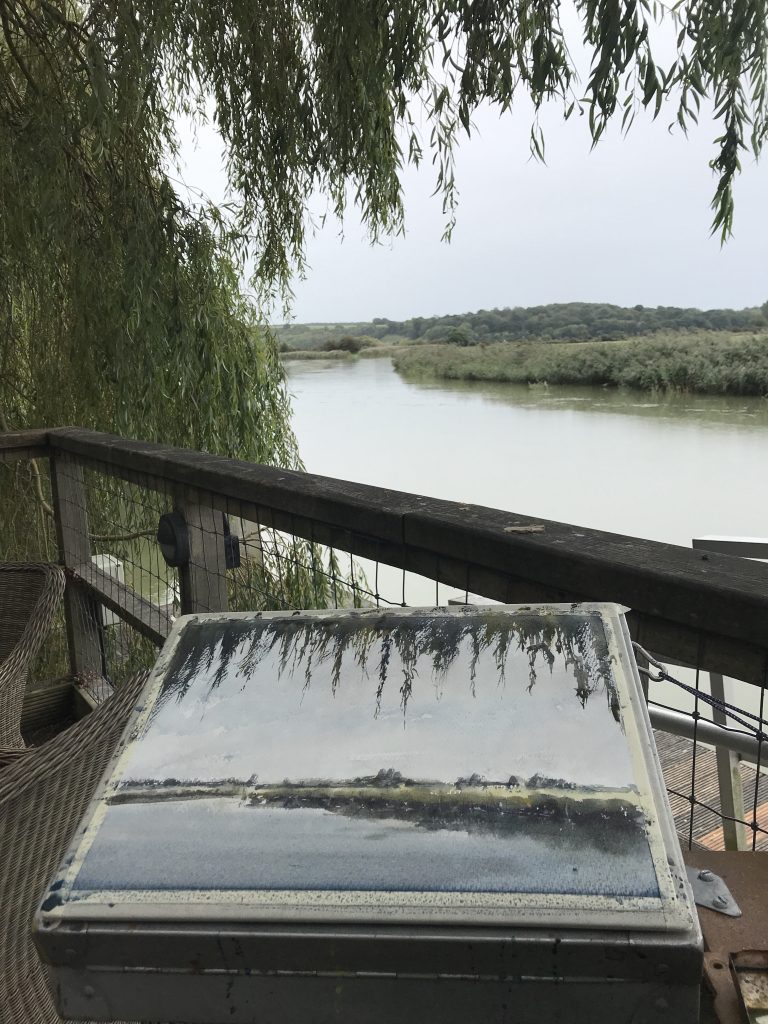 I had a rare opportunity this weekend to get some plein air watercolour painting in!Long before I was gripped by watercolour painting, my affinity with water was mainly to swim in it! While this started out in various pools, my preference developed towards the sea, lakes, rivers and even disused quarries. Almost a year ago, under the encouragement of a dear friend and swimming companion, I signed up to a 6.5km tidal assisted swim up the river Arun in West Sussex. It’s a beautiful part of the world and I thought it would be just the inspiration and motivation I needed to get me back into the water. With only two weeks to go, and not having swum all year, I decided that it would be extremely foolhardy to participate and withdrew rather sheepishly! I couldn’t, however, leave my friend high and dry so I said I’d taxi him over and be his support team. At the back of my mind was also the possibility that I might be able to squeeze in a quick painting! The swim departed from the Black Rabbit pub near Arundel. Now I know this spot well, not least because back in 2016 it was one of the locations that I painted during my week-long workshop with artist Steve Hall. I was excited at the prospect of revisiting some of the same views and seeing how I might tackle them now! First off though, I had to see my friend safely into the murky waters of the Arun! 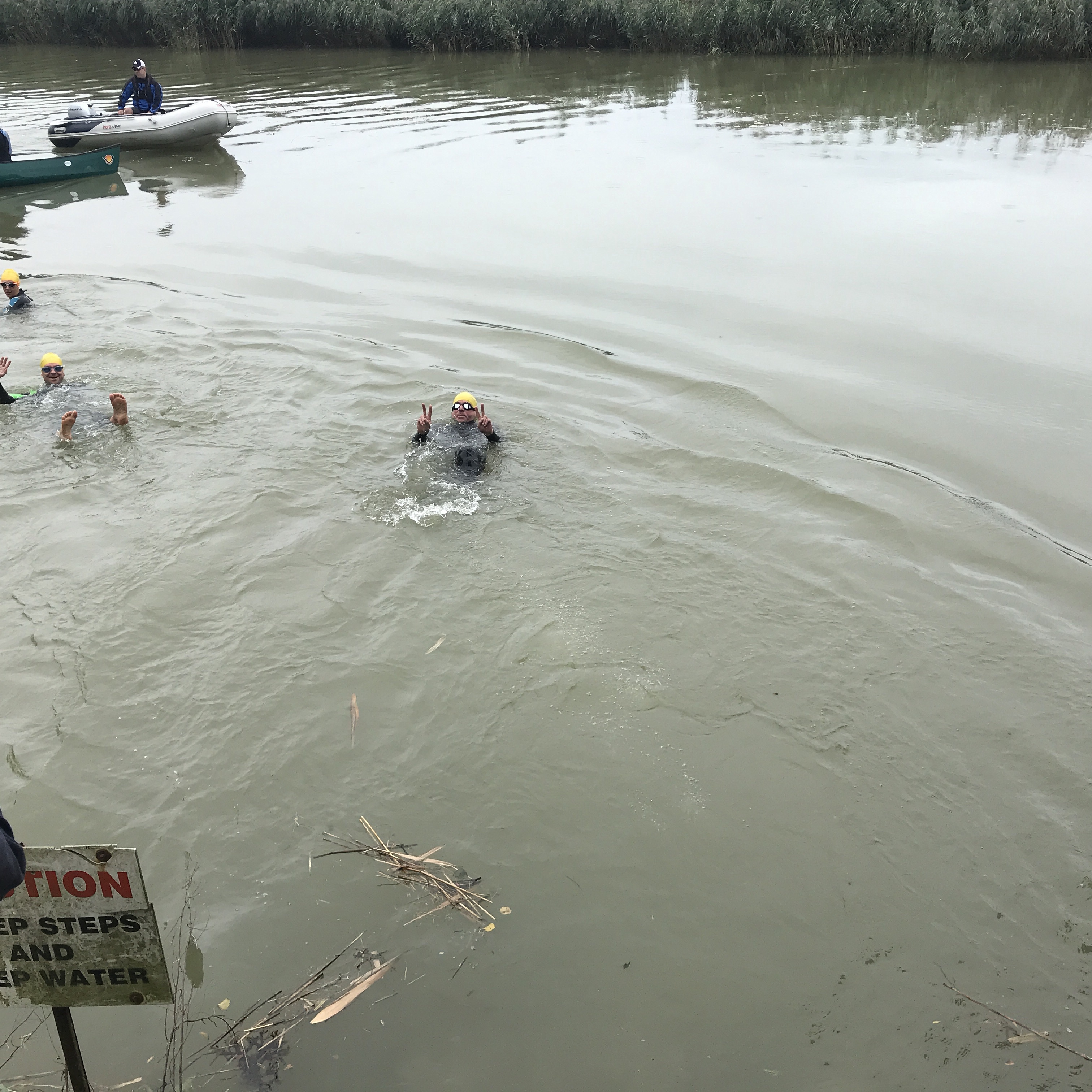 The weather forecast for the day was rather bleak with rain guaranteed so I knew I had to be quick. I dashed back to the car park where I’d earmarked my view and got myself all set up just as the rain started. I managed to find a different vantage point on a deck beneath a large willow tree.  I was already feeling rushed for time so sadly didn’t get to take as many photos as I would have liked. I was already feeling a bit dismissive too, what with the grey day, rain and lack of time! I took some photos on my phone to help me work out the view and composition that I thought could work. I then sketched it out super quickly with just a couple of lines and then started to throw some paint onto it. One advantage of poor weather was that hardly anyone was around to come looking over my shoulder to see what I was up to, which was quite a relief. While I was jealous of those that took part in the swim, it did also make me realise quite how much watercolour painting has gotten under my skin. Whereas I once used to seek out any opportunity to swim, any time that I have now I automatically see as an opportunity to paint. And It did feel good to be out painting on location. Obviously, it’s no masterpiece but, under the prevailing greyness of the day, the rain and dampness in the air – I was actually quite pleased with how this turned out. There’s an informal plein air paint out in London’s St James Park in October that I’m considering going along to so this was good practice. I’m not going to commit to it just yet but will keep an eye out on the weather forecast in the hope it’s going to be kinder to me that it was on Saturday!

I have a user-error apology/confession. Last Wednesday I was in such a rush to publish my weekly post that I pressed the publish immediately button. The post, however, was automatically backdated to three days earlier when I first started to write it!  As a result, I think fewer people than usual got to see last week’s post. Now, this wouldn’t usually bother me but on this occasion, and in true ‘Sod’s law’ style, I was posting a painting that I was far happier with than anything that I’ve done for quite a while! So, for anyone that may have missed last week’s post, here it is again!