Letting the bee out of the bag

I’ve been bottling this up for almost a year now but I can finally let the bee out of the bag and tell all!

I’m afraid this may be a little long-winded, for which my apologies in advance, but I hope you’ll bear with me as this is a story with a truly happy ending.

Each May, Brighton hosts England’s largest arts festival – a four week celebration of arts and culture. One of the festival highlights (although I’m admittedly biased) is the artists’ open houses. Hundreds of homes across the city become temporary galleries and open up each weekend to show the work of 1,000s of artists. It’s a wonderful way to see a rich diversity of work in every imaginable style and medium and, for many, a brilliant way to have a good nosey around people’s homes that they may have long been curious about!

I’d long had it in mind that an open house might be a nice way to go a little more public with my work. As my dear friend and ceramacist Angela Evans runs an open house that I knew exhibited a great mix of work including watercolours, that seemed like the perfect starting point. So, last May off I headed to Angela’s open house – 2 Knoyle Road – for a recce. On arrival I had the good fortune to meet Kate Osborne, a hugely talented and well established watercolour artist and illustrator whose name I was familiar with but less so her work. Kate really is an exceptional artist and I really do recommend following her across the various social media platforms, I particularly like the short video posts that Kate puts up on Instagram. In the course of a short discussion we established that Kate loves painting bees, amongst many other things too. When I revealed that I worked at the University of Sussex, which is home to the eponymous Goulson Lab, named after Dave Goulson, one of the world’s leading experts in bee ecology and conservation and author of a number very well known best selling books on bees. Kate expressed how much she’d love to illustrate one of his books and the conversation moved on.

Now I although I don’t know Dave, I had met him briefly some years ago and definitely got the impression that he wouldn’t hold an incredibly speculative introduction against me.

Back at my desk I contacted Dave and sent him a link to Kate’s bee paintings and relayed Kate’s admiration for his work and how much she’d like to illustrate one of his books. I wasn’t really expecting a response but, a short while later, Dave replied to say that he was very impressed by Kate’s paintings, that he did have another book coming out, and that he’d forward the link to Kate’s work on to his publishers. Well that was great news and much more than I expected. I still thought however that the odds of anything going further were very remote, and I soon forgot all about it.

And so it was until, in July 2016, I got an email completely out of the blue from Kate. Following my introduction, the publishers contacted Kate and asked her to do some mock ups which were obviously well received because Kate’s fabulous images now grace the cover of Dave’s latest book Bee Quest. And why have I been bottling this up until now? Because the book is officially published today, Thursday 6th April 2017, and I was sworn to secrecy until now. Finally I can let the bee out of the bag, and here’s the image that Kate sent me last July of the full cover spread featuring her fabulous watercolours.

Thanks to anyone that has stuck with me through this tale. I was and still am delighted that from such seemingly disparate co-incidences, something really wonderful has happened. And – to cap it all – I’ll be exhibiting alongside Kate this year at 2 Knoyle Road!

On another publishing related note, I’d like to thank Al at the wonderful Featured E-Magazine site for publishing his interview with me this week. It reveals more about me than anything on this site so for anyone that’s curious, please do head over and check it out. Plus, even more rewardingly, there’s a huge amount of fabulous content on Al’s site to explore. 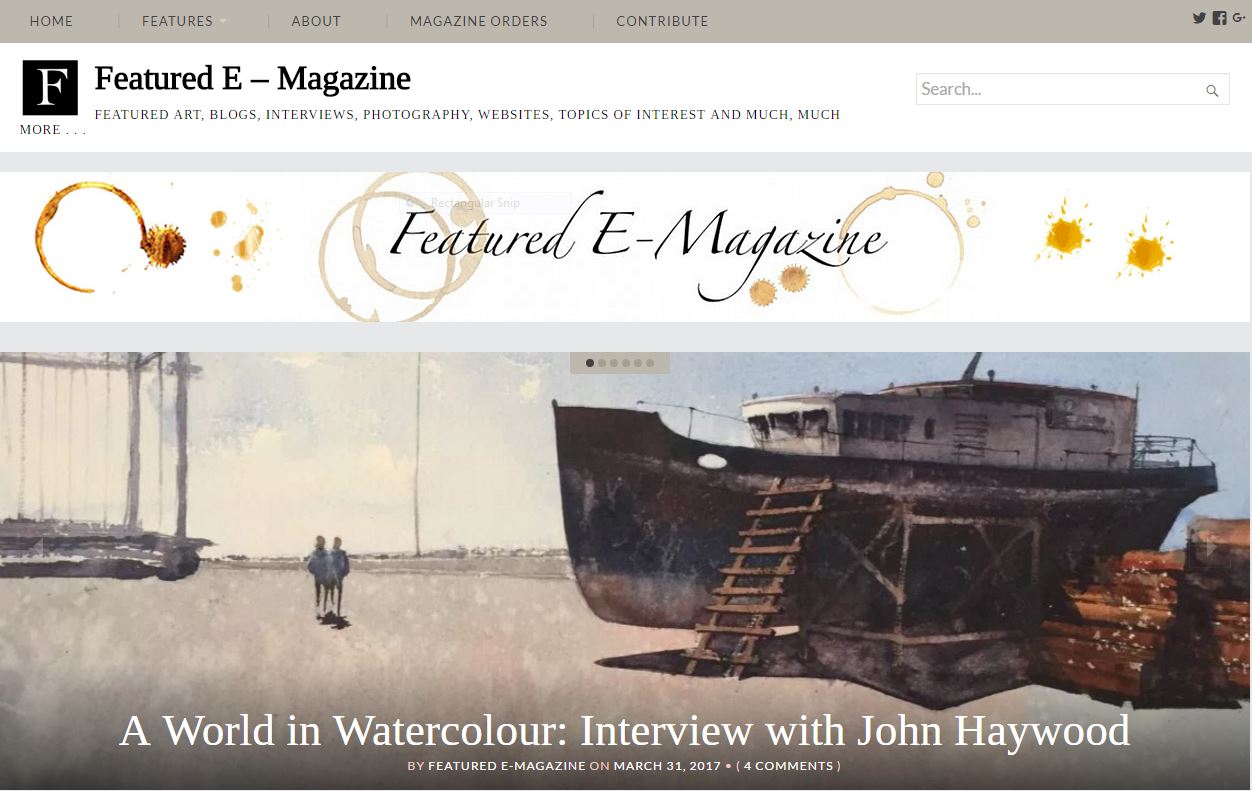 I’ll be back again soon with something more directly painting related but, if there is a little gap between this post and my next, it’s because I’m off to Barcelona with the family for a holiday. I’m ridiculously excited about this, and shall of course be taking my sketchbook and camera with me in the hope I can gather as much new inspiration as possible!

Thoughts on Letting the bee out of the bag

7 thoughts on “Letting the bee out of the bag”