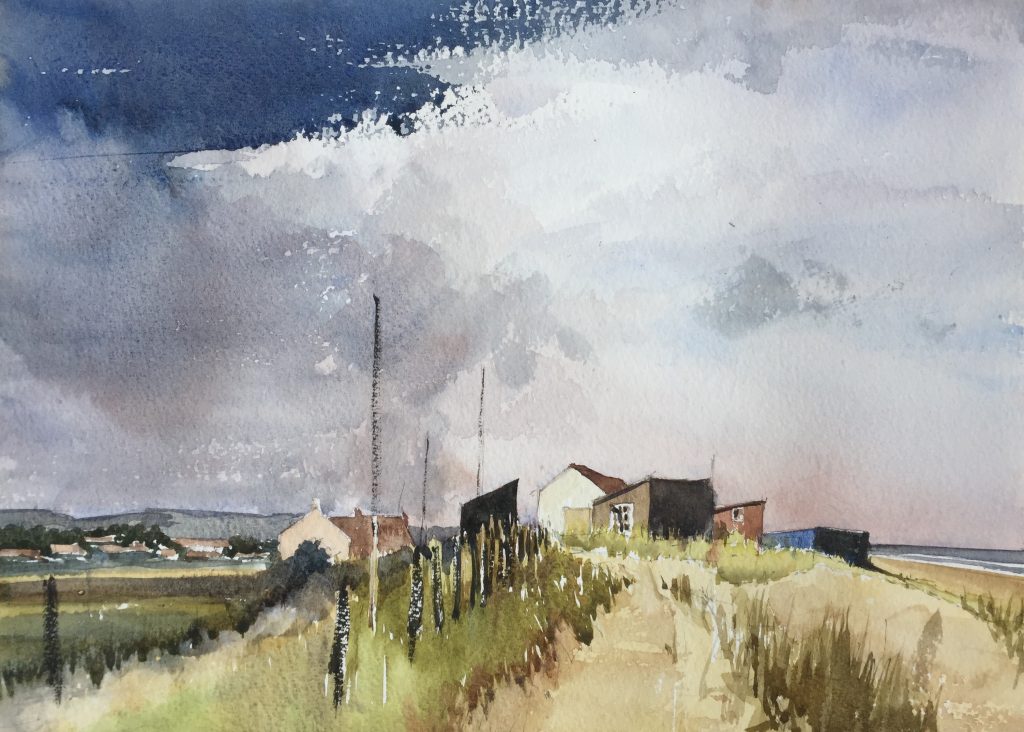 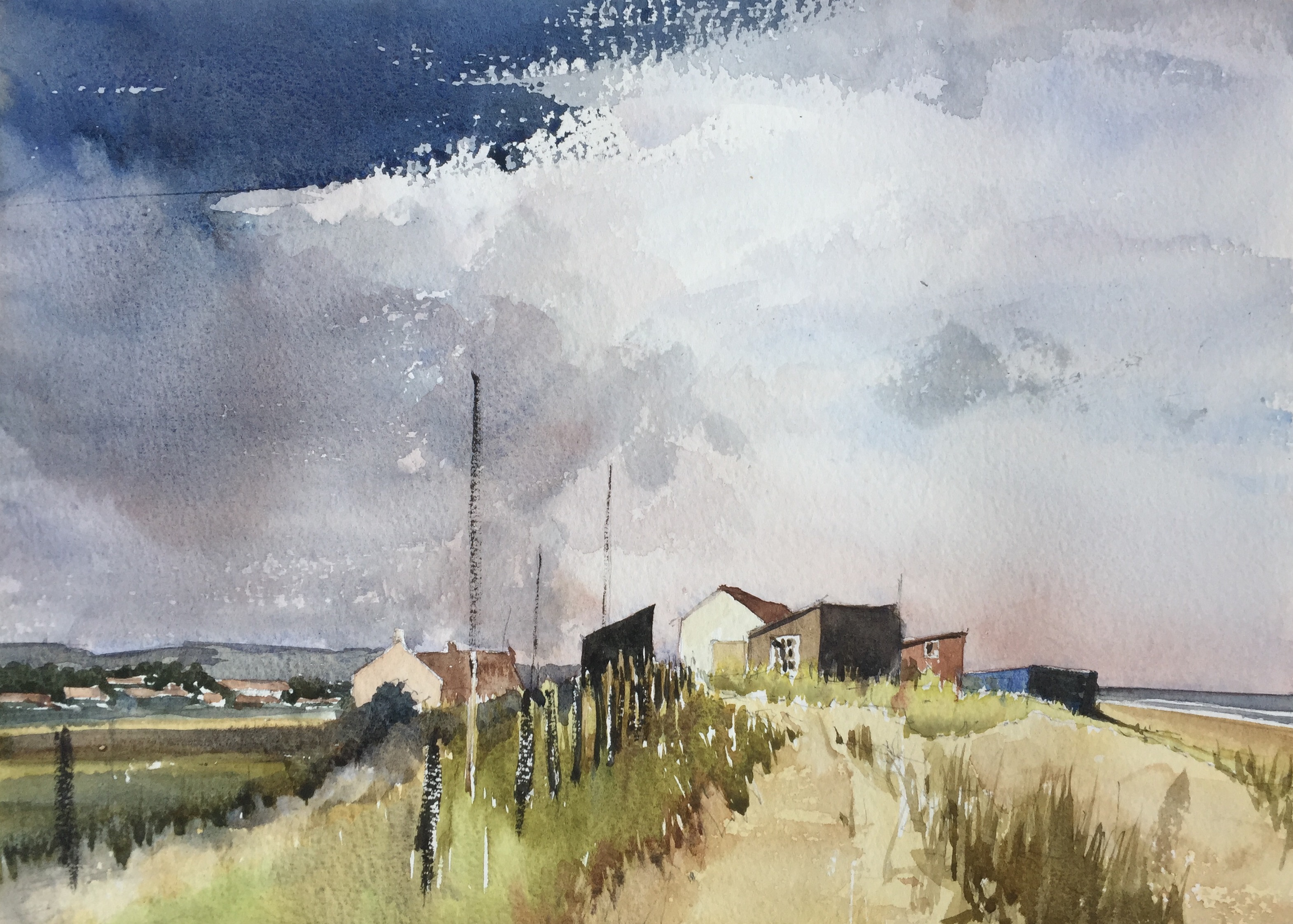 As I was perusing my Edward Seago bible for my next exercise, my partner said “why don’t you let me choose something?” Quite naturally in my opinion, my gut reaction was for my defences to up straight up and I came out in a cold sweat at the thought. But I like to think that I styled it out and, after a moment of hesitation, replied that yes, that would be great ­and only asked that she choose a couple for me to select from. As the selection process was taking place, I was thinking how great this is, and that it was almost like a commission – to be asked to paint something that was not necessarily of my choosing. I was also quite nervous as I usually spend quite of bit of time making my choices – wanting to challenge myself… but not so much that I choose something that dooms me utter failure.

For those that may not be aware of Ron Ranson’s monograph, it features both watercolours and oils. So you can imagine my surprise – not to mention utter horror – when both of the images selected were oil paintings. My initial reaction was to ‘cry foul!’ and accuse my partner of breaking the rules of the agreement. Once again, I tried to keep these feelings as much to myself as possible whilst I took stock of the situation. One image was just far too detailed for my liking, so definitely doomed to fail. The other however – a selection of shacks on a beach – was still more detailed that my usual choice of subject but it did have a certain watercolourness to it that I thought I may be able to translate. (I appreciate that watercolourness isn’t an actual word… but maybe it should be? Or perhaps watercolourmess may be a more accurate description of many of my efforts!)

Now I realise without sight of the oil painting that inspired this image – even the translation is lost in translation but I can’t find the image online, and I feel awkward about just photographing it out of the book. In brief however, here are some observations. First and foremost, I really enjoyed this exercise and it feels like it’s opened up a whole new avenue of inquiry for me which I’m really excited about exploring.

Secondly, I really felt challenged by trying to plan and execute this painting. Some of my brush strokes did get unnecessarily tight, but on other occasions, I felt quite liberated. Often I’m trying to replicate a brushstroke, but in this instance that was impossible, so it was more about just trying to capture the mood as best as possible.

My likes are the distant hills and buildings on the left, the dry brushed telegraph poles (putting these in always feels like a major make or break moment), the sea on the right and the simple description of the surf breaking, and the overall play  light.

Ok, so that’s the good stuff. But now the caveats. I only actually like this work from a distance.  Up close I get drawn to all of the areas that I don’t think are particularly successful, especially the grasses in the foreground in the centre of the path. Even as I was painting them, I knew that I didn’t really know what I was doing but was just hoping for the best (and my hope alone didn’t really cut the mustard). Also the grass bank on the left feels like I was dabbling around rather than painting with conviction. The beach huts themselves are okay… sort of… but I think they’re overly tight in their description. Oh, I should also mention the sky as it plays such a large part. After having done quite a few subtle (limp!) skies of late – it was nice to do something a bit meatier and there are areas that I think work well – as well as those that don’t!

As I say… from a distance, it’s okay. Maybe I could suggest that you make the image as big as you can on screen and walk back about 5 – 8 paces and that should just about do the trick!

I hope there’s some of you out there that like this because, despite all my critical comments,  I have a feeling that this might just be the tip of a creative iceberg. I’m off now to look for my next oil into water excursion.

Thoughts on Oil into Water

8 thoughts on “Oil into Water”