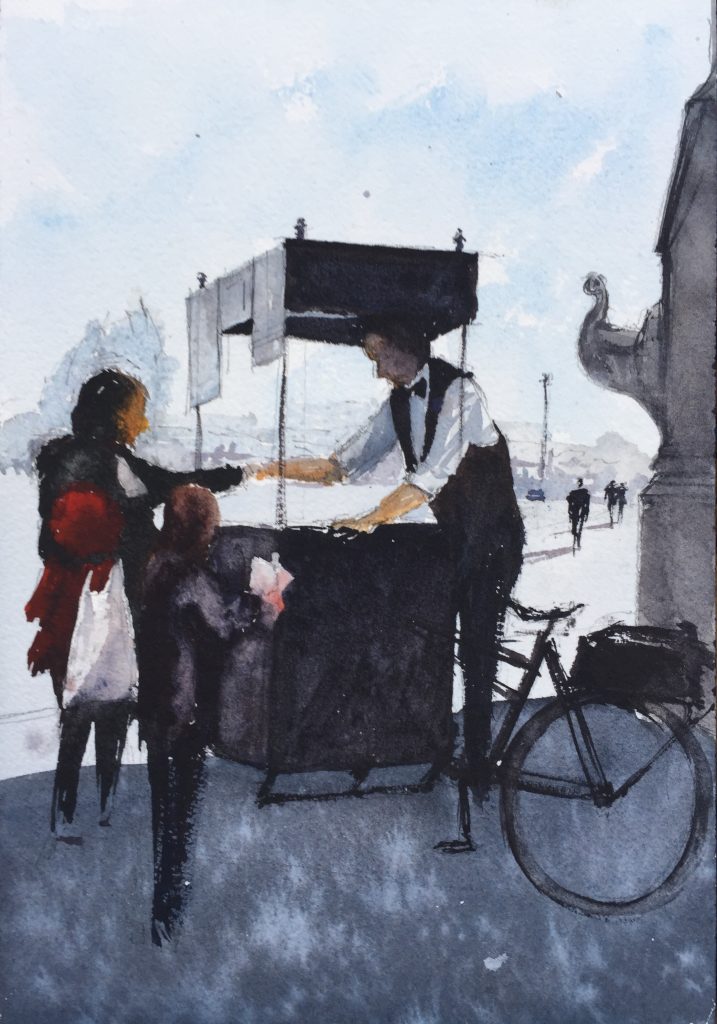 What a wonderful year

It’s been a real treat to reflect on the past year; my brushes with watercolour have never been so frequent, nor so enjoyable!

2016 started with a wonderful birthday gift of a week’s painting course. This set in motion a train of thought and actions that had no particular end point other than using this blog as a means to encourage me to paint regularly enough to post something with some reasonable degree of frequency.

This is now last day of the 52nd and final week of the year and this my 47th post – far better than I could ever have anticipated. I know that this pales in comparison to those of you that manage a daily post – I truly do take my hat off to you – but once a week is about as far as my ambitions stretch! Above the nigh on weekly posts however is that the painting and the blog have gone hand in hand. Each has spurred the other on and, in so doing, I’ve been encouraged, inspired and at times comforted by the many people that I’ve had the pleasure of ‘virtually’ meeting. Thanks so much to everyone for following my endeavours and especially those that have taken the time out to like and comment on my pages and posts – meeting you has been one of the year’s greatest and most unexpected pleasures.

I started the year still copying the work of others – my watercolour heroes, Seago, Wesson and Hilder. My aim being to learn from them, to serve my apprenticeship with them in the hope it might set me on my own path.

Whilst I don’t feel I’ve reached my destination, I do feel that I’m well on the way to developing my own voice. It’s still largely trial and error but seeking my own interpretations of scenes, composing my own views and trying to tell my own tales is, perhaps the largest of strides that I’ve made this year.

And so to my last efforts of the year. Below is a half sheet painting that I had in mind to add to add to my Barmouth beach series. Half way through I felt I’d lost this (or realised it never had the making!) but I thought the central elements still had something. I stopped working on the building (which I’d already tackled in a far too heavy handed manner) in favour of focussed on the silhouetted boats and foreground.

Here’s the final crop which, after fearing I’d lost everything, I was happy to settle for:And my final effort of the year – which I’m hoping is a precursor of much more to come, is a quick sketch. This is based on another photograph I took during our trip to Paris in the autumn. I recently found a small 10×7 inch block of Fabriano rough watercolour paper and have been deliberating what to do with it and, this seems like an ideal use! I’m hoping to do many more of these more informal sketches and studies, particularly as I become more familiar and at ease with my representation of figures.I hope you’ve all had a great festive season and that you’re looking forward to the new year and all that it may bring.

Finally, thanks again for following my adventures with watercolour, it really does mean a lot to me.

Happy new year and best wishes to all for 2017.

Thoughts on What a wonderful year