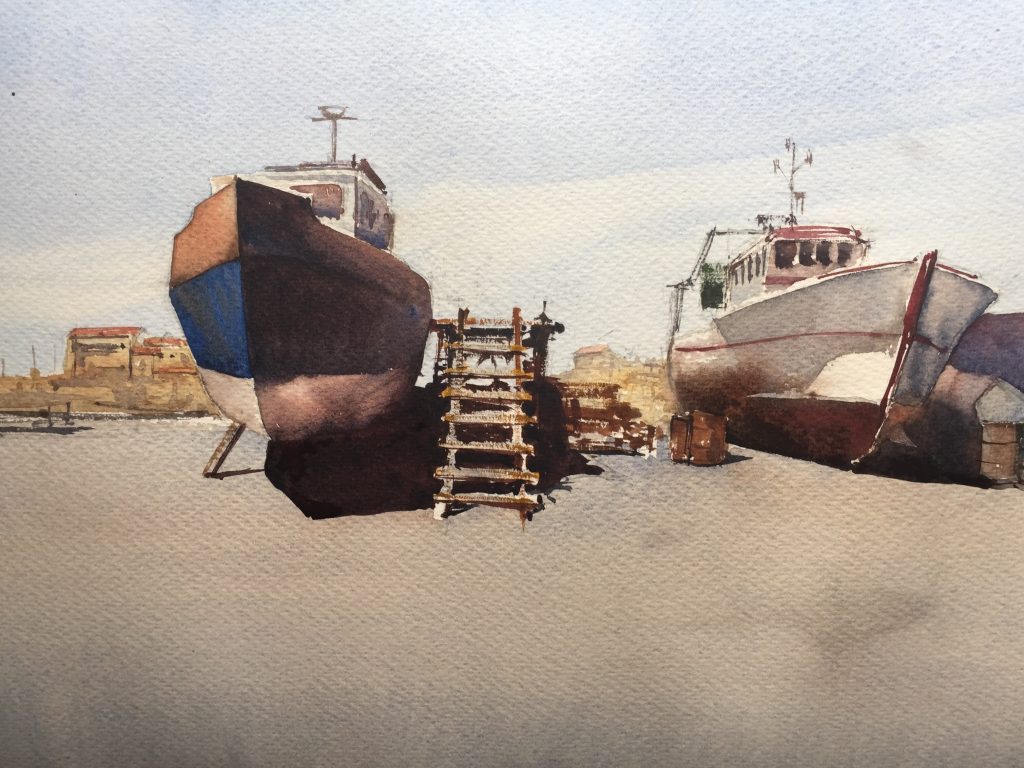 After last week’s post, I couldn’t quite put my finger on why I felt so pleased and almost elated with my painting. For all its merits, it’s certainly not one of my greatest achievements. 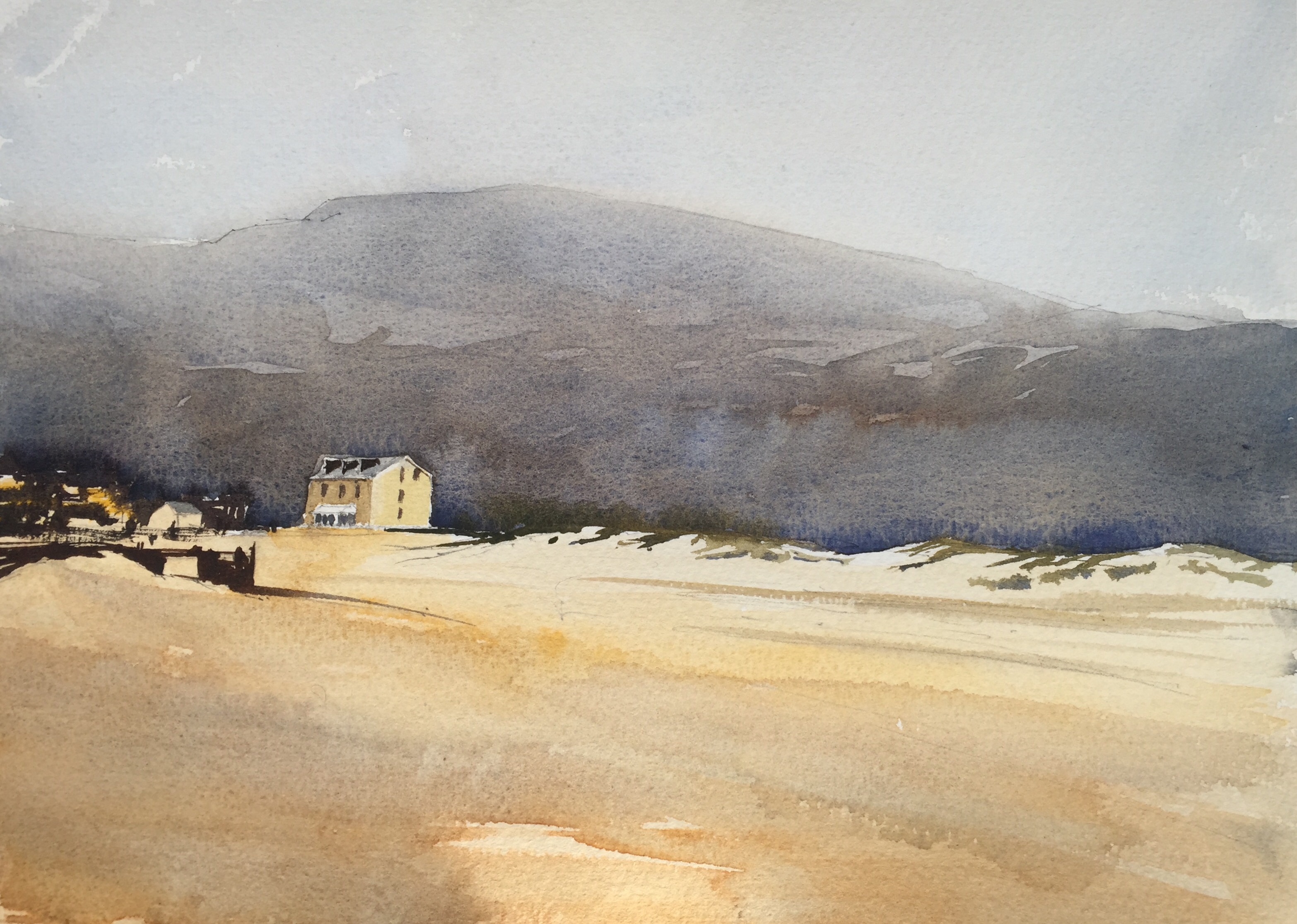 There was definitely a sense of relief that I was still able to hold a brush after my short break, but there was also something much more than that.

As I was browsing through the stack of reference photos that I’ve recently had printed in search of my next subject, it gradually dawned on me. I’ve undergone a certain coming of age with my painting.

I’ve spent much of this year emulating the work of other artists. Copying their work to improve my own skills ahead of the watercolour course I  did in July. This approach has undoubtedly been beneficial but equally, ran the risk of becoming a crutch. The course was wonderfully inspiring, although I did experience a creative lull afterwards. I wasn’t sure where to go next. I’m not in a position to go out seeking views to paint all of the time. Nor did I particularly want to return to the work of others for my inspiration.

In this respect, my recent holiday came at a really good time as I was at a creative crossroads; not wanting to go back, but equally unable to see a clear way forwards.

That’s when I realised the importance of the reference photos that have recently arrived. These are images that I’d been planning to get printed for ages but it was one of those tasks that I’d never got round to doing. The painting in last week’s post was based on a photograph taken at new year and, below is another image from our recent holiday in France, taken at the port of La Cotinière on the Isle D’Oleron.

I thought that this was a really striking image and particularly liked the unusual perspective of the boats. Despite considering this image to be beyond my capabilities, I set about sketching this up onto a half imperial sheet of paper. In fact, I was so convinced of my inability to portray this view, that I didn’t even bother finishing off the drawing on the right hand side of the image, beyond the right hand boat – on the basis that there’d be no point as I was most likely to have given up on this painting well before I would need to worry about that part of the painting! (You can see this more in the picture with the mount around it.)

A few hours of often torturous agonising later, I downed brushes, stepped away from my easel and, much to my surprise, I was really pleased.

I was pleased that the painting hung together, that the boats were believable, the background not overworked, the foreground simple. The atmosphere too, the darkness of the shadows and the light, especially that on the makeshift ladder. I was pleased with what I’d included and what I’d left out (I had originally sketched in the van on the left of the main boat).

I also thought that this painting could work with a different crop too so set about trying another version, this time on a quarter imperial sheet:

With this one, I decided to try to include a little more of the detail – the ladder coming from the boat and the figure (who I like to think as just breaking for lunch!)  Also, as the boat was larger in the this image, and much more dominant, I felt I had to try to introduce a little more colour and variety into the shadow side of the boat. Everything else was trying to take what I’d learned from the first painting and, of course, not tighten up too much!

It was in the process of these two paintings that I suddenly became aware of my coming of age. I was now painting ‘my paintings’, making my decisions about what to include, what to omit – what colours to use, what brushstrokes to use. It’s probably something that’s been happening gradually since starting the watercolour course. I think that’s why I felt so pleased with last week’s painting too, but it was during these two paintings that I suddenly felt like I was flying solo – and it felt great. Terrifying, but great.

In a rare moment of excited satisfaction I quickly threw some mounts round these two (with apologies for the slightly less than studio quality images that I took with my phone with these lying on the floor – I was in a bit of a hurry!):

I fully expect that there’ll be more misses than hits as I enter this new era – but I’m utterly thrilled at the possibilities that lie ahead!

Follow John Haywood Watercolours on WordPress.com
PrevPreviousThe beginning of something big?
NextDesperately seeking the picture within a picture… or a cloud’s silver lining?Next